All the artwork featured on this page was created by Jason Wilson (2002-3).
Copyright Sony Computer entertainment.

In my role as Art Director and Concept Artist I work closely with the Creative Director and the Design Team to ensure that any game project has the best possible visual appeal and attention to detail.

I believe that creating art for games is all about the design of the game, and that the visuals are a vital complementary part of the overall language of the game. Creating art for games is not just a case of coming up with a bunch of pretty paintings. In my role as Art Director I need to understand how every design element functions, and how the art and design can work together.

A lot of my time is spent being very hands-on with the art and design departments as well as the code and technology groups to ensure that the final game presentation is of the highest quality possible  in a given time-frame and that the entire team is pulling in the right direction. 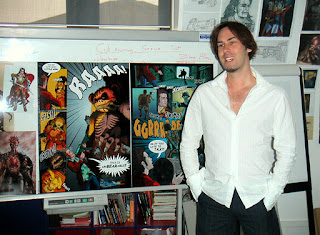 Below is a selection of examples of my work, most of the examples are drawn on paper with ink and coloured in Photoshop.

Ghosthunter (Sony PS2) came into development hot on the heels of our success with MediEvil 2, which had won the BAFTA award for Best Console Game in 2000. For Ghosthunter we wanted to recapture the spirit of MediEvil, but thematically place it in a more adult setting. James Shepherd, the game’s Creative Director, was aiming for a creative mix of ‘Ghostbusters meets David Fincher’, with a dash added of the subversive nature of comic book writer Garth Ennis (Preacher, The Boys, Adventures of the Rifle Brigade).

This was a brief after my own heart, and I embraced my roles of Art Director and Concept Artist on this project, deciding to leave the game design to a different group so I could focus  my energies on running the art team.

I designed more than 90% of the visuals in the game. I also worked with the  technology group who developed  some amazing lighting effects based on lighting mood boards and in-game mock ups of I had produced to show them what I wanted to see from the engine tech.

Ghosthunter received a lot of good press for its cutting-edge visuals (on the PS2). In a recent IGN article (2010) Ghosthunter was proclaimed to be in the category of best-looking PS2 game, up there with the likes of Metal Gear Solid and Final Fantasy.


You can watch an entertaining "Behind the scenes" video interview/preview from 2003 by clicking on the following video link...


The following examples are art direction pieces that I would create and provide to the environment and technology teams. I would paint over a very rough grey-scale 3D model of designer-built environment, and then paint in the texture elements such as wood, mud, water and the lighting effects that I wanted the team to emulate in the game.

The team were pretty much spot-on with translating my art requirements, and it’s fair to say that some of the environment art and lighting effects of this  PS2 game still rival anything seen in the likes of recent PS3 games such as Uncharted nearly ten years later (not to say a distinct similarity between Lazarus and Nathan)!


I suggested that the French movie star Vincent Cassel lend his voice to the lead character in the French version of the game. In order to get the actor excited, I created a number of comic-style storyboards that demonstrated key moments from the game, and even had them translated into French. Monsieur Cassel found the project fun and performed a great job as the hero character. He even signed my original artwork, but unfortunately the pages never reached me despite having been given photos of him signing the work...! 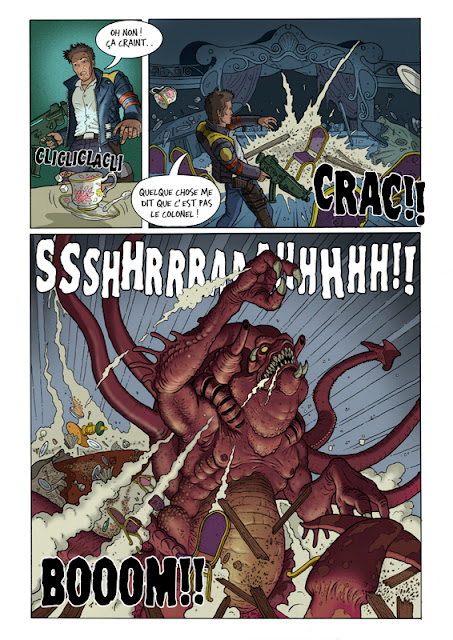 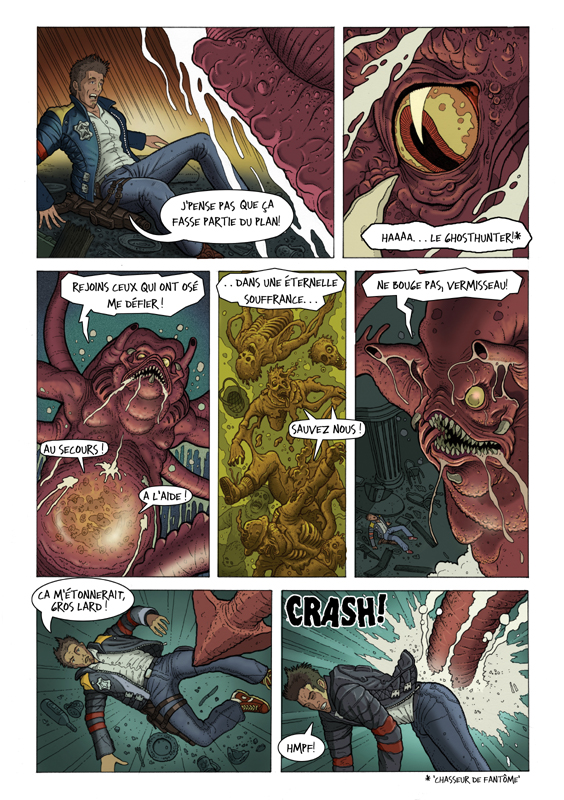 The following examples are versions modelled in Maya of some of the environments for the game. I would create basic models of characters and environments and put them into the game engine, so that the designers could move cameras around the components. This helped us to agree on elements such as scale and spacing, and I could get a good idea of the composition of a scene and where to focus the art team’s time and effort. 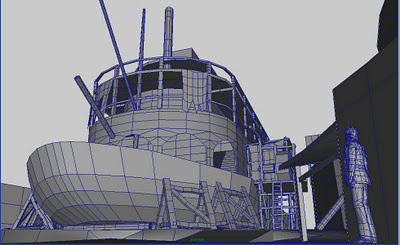 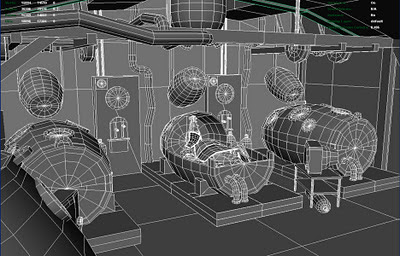 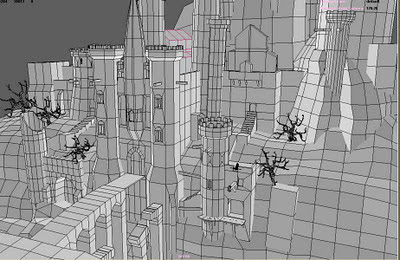